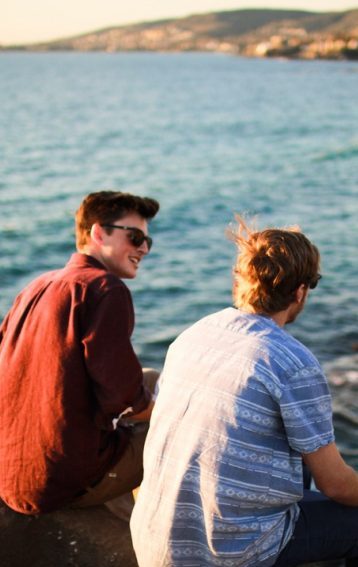 A framework for training ordinary Christians like you and me in apologetics.

Time to run the training: about 90 minutes.

Part 1.What is apologetics?

Christian apologetics is not about being apologetic about what we believe. It is an:

“apologia for the Christian faith – a presentation and defence of its claims to truth and relevance in the great market-place of ideas.” (Alister McGrath, Bridge Building, 9).

The goal of Christian apologetics is not just to present the truth (although truth is a good thing!) – it is also to show how the truth is good news for whoever is asking the question.

“The chief goal of Christian apologetics is to create an intellectual and imaginative climate conducive to the birth and nurture of faith – faith in all its fulness and richness.”(McGrath, Bridge Building, 9).

This means it’s not about us. Our goal is not to be seen as clever. Our goal is not to convince ourselves – in fact someone who is trying to convince him- or her-self that Christianity is true will often fail in apologetics because they do not consider the needs of the person they are talking to. Our motive and method is love – to use questions as an opportunity to respectfully share good news with another person made and loved by God, someone who is just as in need of a saviour as we are.

The one who gives an answer before he listens—

The questions we are asked (or ask ourselves)

>> Have a think on your own about some of the questions which you have been asked about the Christian faith. Then we’ll go around the circle and contribute one at a time to the butcher’s paper. (As you’re writing them on the butcher’s paper, try to pre-sort them into the categories introduced below: correspondence, coherence and livability.)

Part 2. Question behind the question

While we have probably all been asked some of these questions at some point, not all questions are the same – because behind each question is a person, and people are unique. The same question can have different “questions behind the question”.

>> Pick one question from the board and get people to suggest what may be behind the question, using these four categories:

Once we have understood the person and the question behind the question, we can begin to form a response. I like to structure my response using the AC/DC method.

As an example, I’m going to use the question “why does the Bible command genocide?”

“Yes, it’s a really important and challenging question – at times when I read about the violence of the Old Testament it is hard not to ask ‘God, is that you?’”

“So to clarify, are you interested in how a Christian can reconcile the idea of a loving God with the idea that, for example, he commanded Joshua to kill the Canaanites in the Old Testament conquest narratives? … It does seem a lot like genocide doesn’t it?”

“It’s horrific how in genocides the strong use their power to destroy a weaker people out of hate or pride – as when some white colonialists slaughtered indigenous people. Thankfully God never condones, or commands, this and we’re right to oppose genocide.

But interestingly, in the conquest narrative it is actually the opposite. The more powerful nations surrounding Israel had become so corrupt that God had to intervene, using tiny Israel to punish and restrain their evil.

Israel’s mission was to disrupt the corrupt military and religious infrastructure of the nations (though no doubt civilians were killed, the language of complete decimation in Josh 6:21 etc is probably a vivid figure of speech).

Of course, if this is true it’s still deeply challenging. It depicts God who alone as creator alone has the right to decide to punish or destroy both individuals and nations (God reminds Israel that it is not exempt from this!). From this perspective, then, what’s wrong with genocide it that humans are appointing themselves judge over another people-group, a role that only God can have.

“So can we hold our picture of loving-and-forgiving-God with this picture of judge-of-the-nations-God – one who gets passionately involved the the world, even getting his hands dirty? When I see Jesus dying for our sins on the cross, I see these two strands reconciled: the cross shows that evil and corruption is not okay, and yet God will bleed to make forgiveness for all of us possible.”

In the example above, we disrupted the question by having another look at some of the unspoken assumptions behind the question, for example:

Different questions have different types of assumptions which can be disrupted:

(Here is where you can point out how you’ve divided the questions up sneakily on the butcher’s paper).

Some questions which have come up recently

>> In groups of 2-3, choose one of our questions and begin to fill out the worksheet for apologetics training. It doesn’t matter if you don’t finish now. Report back to the whole group what other resources you think you’ll need to better answer these questions.

Resources I need to improve this answer: