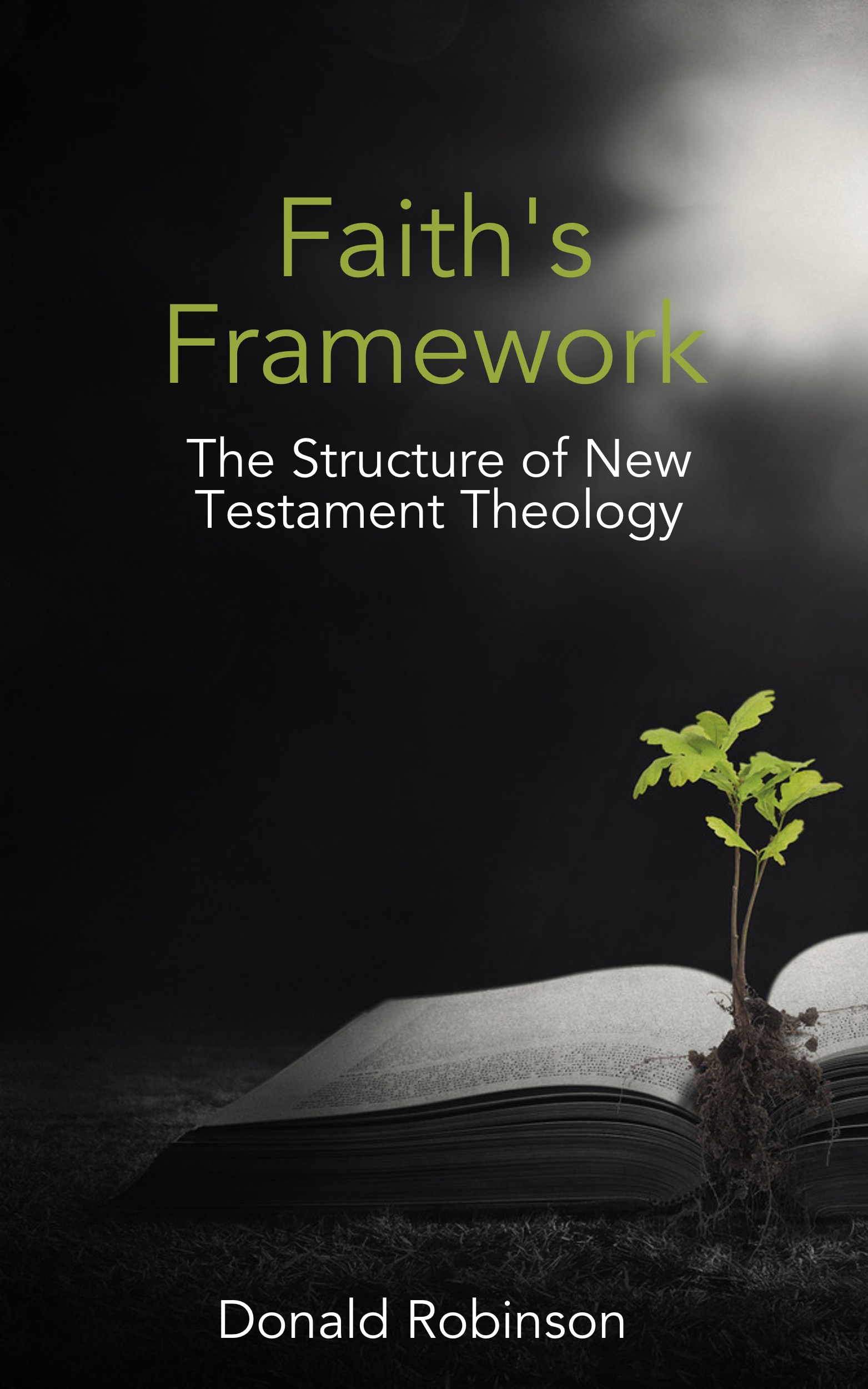 “Donald Robinson’s Faith’s Framework defies neat categories. Is it theology? Is it history? Whatever its classification, it is a masterful account of the internal ‘logic’ of the group of texts we call ‘the New Testament’. Robinson pinpoints the centrality, and interconnectedness, of the themes of gospel and kingdom, the authority of the apostles, and the inclusion of Jew and Gentile in God’s family. When I come back to this book, as I have done several times over the years, I am amazed at its clarity and continuing relevance. It has a special place in my intellectual affections.”

“Nothing has shaped and clarified my understanding of the origins, nature and purpose of the New Testament more than the work of Donald Robinson. In 1981, he captured over 30 years of his original, faithful and daring scholarship in a brilliant small book called Faith’s Framework. And now you can get it, revised and beautifully presented, as an ebook for $4.99. Big win. Highly recommended to anyone wanting to deepen their understanding of scripture.”

The Bible is universally recognised as the handbook of our faith and the New Testament as the written record of God’s revelation in Christ. We know it, love it, trust it––and yet how did it come to be?

This thought-provoking book examines the origins of the New Testament: the test of canonicity in the early days of the church, the process by which the canon was formed, and the close relationship between the content of the gospel and the concept of an apostle.

Faith’s Framework shows how, rather than being a dead part of church history, the question of the canon is a live question for Christians today, especially as they re-examine their own faith in the light of the original New Testament writings.

Donald Robinson was formerly Archbishop of Sydney in the Anglican Church of Australia. A graduate of the Universities of Sydney and Cambridge, he has taught in Moore Theological College and the University of Sydney.

Be the first to review “Faith’s Framework (ebook)” Cancel reply